With our summer graduation season over for another year, we look back on a hectic but happy month of celebrations at our Galashiels, Edinburgh, Dubai and Malaysia campuses. Celebrations where we applauded the achievements and scholarly success of our students; and where we also recognised the successes and achievements of particular individuals through the award of honorary degrees: the University’s highest accolade.

This year six individuals were honoured in this way.

The choreography of honorary degree ceremonies is as follows. First a senior member of the staff of the University reads a laureation – a speech detailing the individual’s career and achievements, citing the basis on which the award is made. Second, the honorary graduate addresses students and staff; generally offering thanks to the University, those who supported them on their journey, concluding with words of advice to graduands about to receive their degrees.

And it was with this understanding in mind that – at my 7th graduation ceremony of the week – I settled back in my seat to hear Assistant Principal Ruth Moir’s Laureation for the British Diplomat, Paul Rennie, anticipating a reply from Dr Rennie along conventional lines.

And that’s when it started to get interesting.

It is, I should explain, an unwritten rule of graduation ceremonies – a kind of University taboo – that nothing should interrupt the focus on celebrating success.

Yet this is precisely what happened.

Because in his reply Paul Rennie spoke not of success, but of failure. Indeed in a speech lasting no more than three minutes, he managed to use the words ‘fail’ and ‘failure’ not once, but 27 times.

You could have heard a pin drop.

And his words have relevance not just for the individual students graduating on that day, but for the whole of our University.

Three points from the speech stood out for me.

First, the most important lesson of failure is resilience.
Second, remember that failing at something does not make you a failure.
Third, failure can show that you are really testing yourself and pushing your limits.

So I want to thank Paul Rennie for talking to us about failure, and in doing so breaking an old and outdated taboo. We need to talk about failure as well as success if we are to succeed in delivering our Strategy 2025 and truly flourish as a University.

I leave the last word to Paul Rennie

“the irony of so much of education is that it doesn’t always teach us that the most important lessons often have nothing to do with success.” 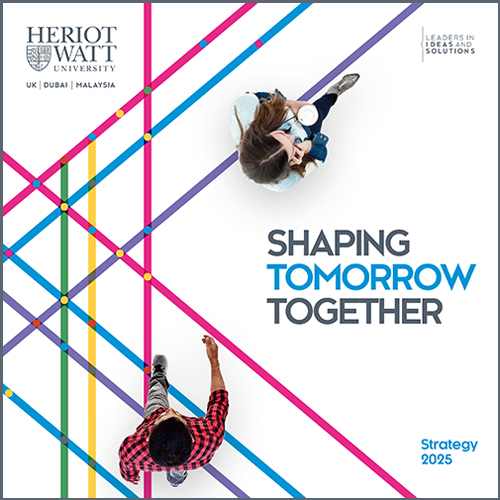